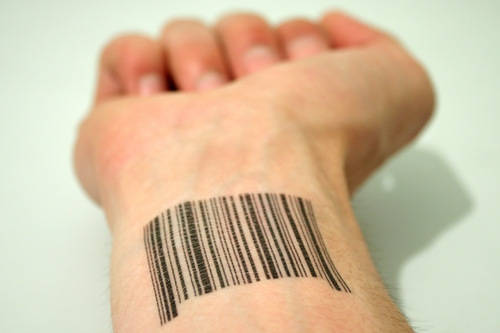 Did you know The Salvation Army combats human trafficking across the globe? In fact, we’ve recently stepped up our efforts to fight this ever-present and nonetheless, growing phenomenon of modern-day slavery.

When we think of this industry, red light districts in “other” countries come to mind, but in reality, the U.S. trafficking industry is on the rise; since 2003, the FBI, NCMEC, and CEOS have partnered on the Innocence Lost National Initiative, which targets the victimization of children through prostitution here in the United States. This effort has resulted in the recovery of 918 children, as well as 554 state and federal convictions of those who prostitute children.

Lisa Thompson, National Liaison for the Abolition of Sexual Trafficking at Salvation Army National Headquarters and Coordinator for the Initiative Against Sexual Trafficking, works passionately against human trafficking. She facilitates the education, program creation and resources for local Salvation Army units to recognize the warning signs of human trafficking victims and to be capable of providing the emotional, spiritual and physical assistance needed.

Most recently, The Salvation Army of Oklahoma City took in a woman escaping captivity as a sex slave as part of a Mexican drug cartel. Two weeks earlier, the 19-year old was lured to a hotel via Facebook with the promise of a job. Escaping abuse and captivity, she found her way to The Salvation Army where Major Francina Proctor, who serves on the Human Trafficking Task Force, provided her with much needed support and counseling.

I asked Lisa about how The Salvation Army gets involved with victims such as this.

“The Oklahoma case was unique, in that she escaped by herself and was referred to The Salvation Army from someone on the street. In most cases, outreach efforts and training have helped people to know what some of the warning signs of trafficking are and they will report it to the authorities if they have suspicions. When law enforcement is ready to move in on the perpetrators, they’ll contact The Salvation Army to coordinate the victim’s shelter and counseling once they are rescued. On occasion, we will get a tip from someone about a possible trafficking situation.”

In another recent situation, a woman was freed from captivity in Greenville, NC when law enforcement busted a local trafficking ring. The Salvation Army worked closely with the authorities and was invited to assist with interviewing and providing basic needs for the victim.

“This experience was a true example of partnership and demonstrated what strengths can be gained when law enforcement and case managers work together”, said Christine Shaw, Director of Social Ministries at The Salvation Army of Wake County, NC. “We opened our Anti-Human Trafficking program in August 2011 and since that time; we have seen 19 cases and assisted 26 individuals from across North Carolina.  We are excited about the coalitions being developed in the state and are hopeful to rescue many more survivors.”

The realities of this disgusting, worldwide enterprise can be burdening to those, like Lisa and Christine, who are ingrained in the movement everyday, but with rising numbers, particularly in the U.S., it’s easy to see why they are so passionate about their work.

Lisa wrapped up the conversation by stating she believes that human trafficking is the end result of our hyper-sexualized culture and that we can help prevent the objectification of men and women. “We need to help boys and girls know where their true sense of dignity and worth come from, that it’s not from sex appeal but from the image of God within them.” I couldn't agree more.

Click here to learn more about how The Salvation Army's fight against human trafficking.