Thanks to your support and generosity, The Salvation Army raised a record $147.6 million during the 2011 Christmas Red Kettle Campaign, setting a fundraising record for the seventh straight year! This is a $5.6 million increase from last year!

The money really couldn’t come at a better time. With U.S. poverty rates also at a record-breaking number, the money you donated will fund The Salvation Army's social service programs that satisfy the needs of approximately 30 million Americans annually.

Maybe it was the support of charitable artists like Enrique Iglesias and Honor Society that spiced up this year’s campaign or the Rock the Red Kettle concert that drew thousands of young supporters of The Salvation Army to Los Angeles.

Perhaps you enjoyed donating digitally using Square technology or gave a few bucks to one of the dedicated participants competing in our inaugural World Record Bell Ringing Contest (60 hours of straight bell ringing – what a way to show support!).

Whatever it was this year, folks, YOU made it happen!

From our Red Kettle Kickoff at the Dallas Cowboys game on Thanksgiving Day to the last kettle standing on Christmas Eve, your support shown in so many unique ways throughout the season ensures millions of Americans will receive the help they need in 2012.

We are so thankful for you, America!

To the 25,000 faithful bell ringers, to the millions of individuals who donated at kettle locations and online, and to our many corporate and community partners who supported our efforts in so many ways: Thank You. We are so grateful for your generosity and trust year after year.

To learn more about the record-breaking Red Kettle Campaign, read our official press release here. Or, check out this income fact sheet for a visual breakdown: 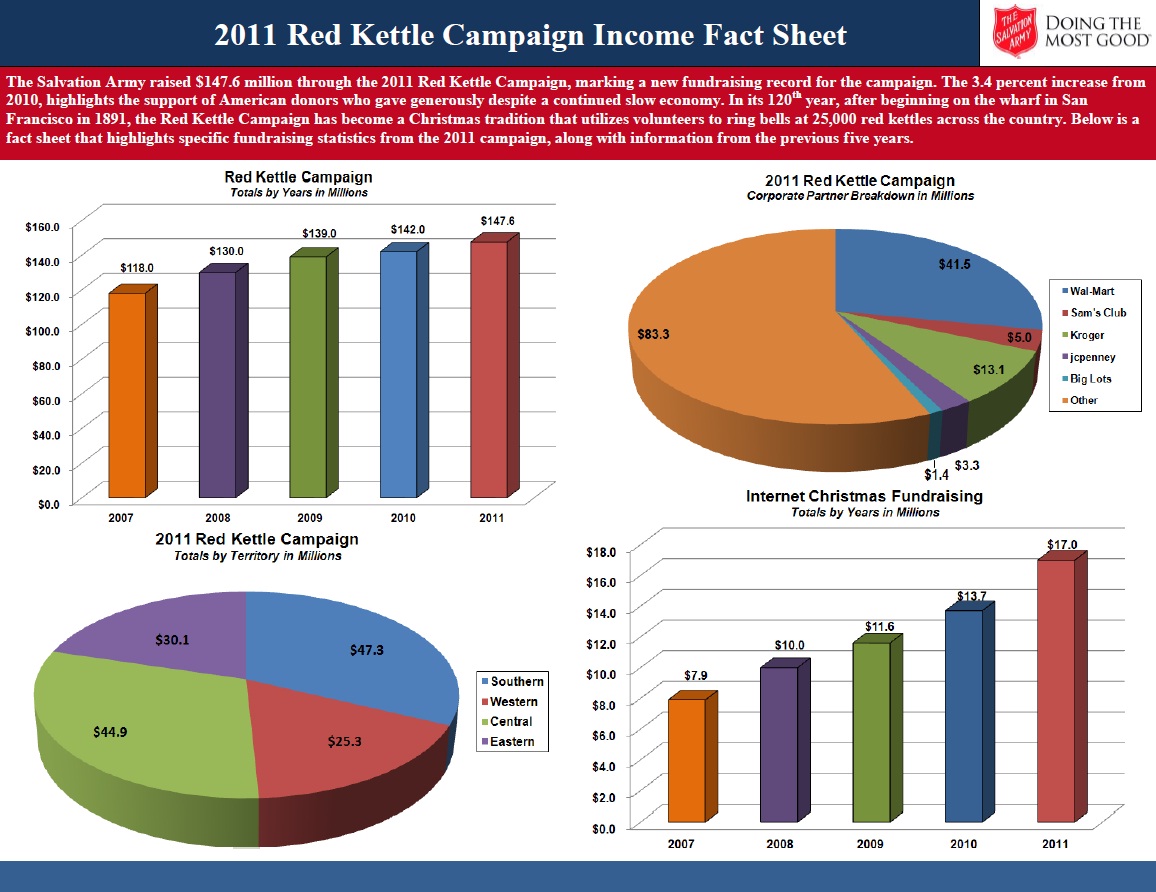 Tags: Fundraising, Doing the Most Good