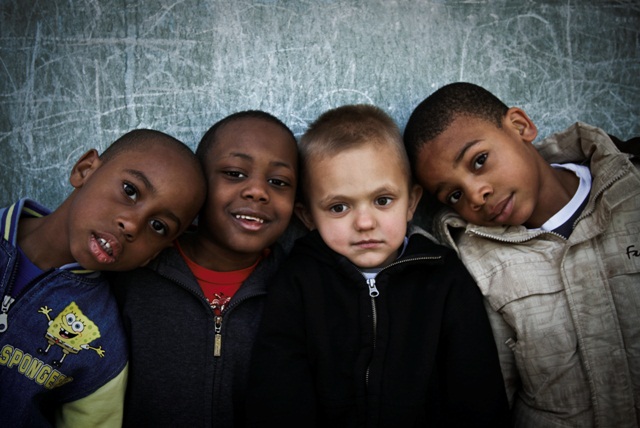 The 30-minute film and campaign slogan created by Invisible Children, Inc. has been popping up all over social media outlets like Facebook and Twitter. One week into the video's release, it was officially named the most viral video in history with over 100 million views on YouTube. But this isn’t your typical viral video.

So, what’s the big deal? In the film’s beginning, narrator Jason Russell shares with viewers his relationship with Jacob, a victim and escapee of the Lord’s Resistance Army (LRA) led by Joseph Kony.  The LRA is best known for abducting children in the areas of Uganda, the Democratic Republic of Congo, Central Afrian Republic, South Sudan and Sudan. Taken by the rebel army at age 11, Jacob is just one of hundreds of thousands of children stolen and forced to become a child soldier or sex slave. Thankfully, Jacob managed to escape at age 13.

Russell calls on viewers to join him in a campaign to “make Kony famous” – an effort to keep pressure on Ugandan government officials and United States advisors to find and arrest Kony.

“Where you live shouldn’t determine whether you live," Russell states in the video.

Haven’t seen it? Check it out below.

Surprisingly, the filmmakers have endured as many criticisms as they have praise. But whether you like the video or not, the film sheds a bright light on the atrocities of child trafficking - an industry that exists in every corner of the world and enslaves approximately 1.2 million children each year. That number might be on the rise too, as only within the last ten years or so have individuals and organizations researched and taken action against the growing epidemic.

But although trafficking incidents may be rising, so is the interest in this subject. And that’s something for which we can certainly praise the Kony campaign: using the power of social media sites to share an idea and inspire the masses.

The Salvation Army’s fight against human trafficking is among the organization’s earliest programs, beginning in 1865 with rescue homes for women and children seeking refuge from organized commercial sexual exploitation. Since that time, we've been working around the globe for the abolition of trafficking through legislative and policy initiatives, awareness raising and training, prevention efforts, as well as the development and provision of trafficking survivor services.

To learn more or to join us in this fight, visit our website at www.SalvationArmyUSA.org. You can also check us out (and spread the word!) on Facebook and Twitter.