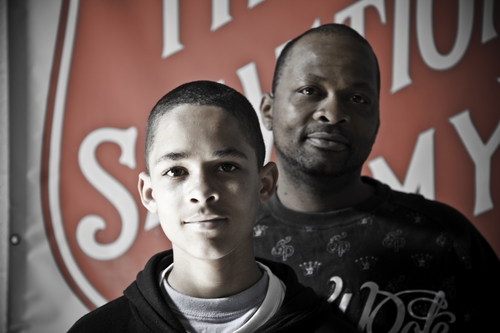 The U.S Department of Housing and Urban Development (HUD) is helping The Salvation Army combat homelessness.

Last January, 633,782 individuals experienced homelessness in the United States on a given night, according to the National Alliance to End Homelessness. The same year, The Salvation Army provided almost 10 million nights of lodging for America’s homeless in need of temporary or long-term shelter and warmth.

Thanks to this donation, the new site will include a Drop-In Center, opening this spring, which will offer one-on-one counseling services, job training opportunities and educational services for the area’s homeless population.  This will be the first daytime service of its kind available in Houston.

“Right now there are no daytime services like these available for this population in the city of Houston.  There are many good agencies working very hard on various pieces of our community problem of homelessness, including young adults.  There are shelters for homeless individuals to stay at overnight, but homeless young adults report they are not aware of daytime resources available for them during normal business hours,” says Gerald Eckert, Director of Social Services for The Salvation Army Greater Houston Area Command.

The Salvation Army is one of the largest agencies in the local region. With five housing facilities in the Greater Houston region, this particular branch provides the highest number of beds for homeless individuals.

Every night, 700 men, women and children find a place to sleep between The Salvation Army’s four shelters in the Houston area.

Thank you, U.S Department of Housing and Urban Development, for your partnership in Doing the Most Good!

Tags: Doing the Most Good, Homelessness