at 51 Hours of Nonstop Bell Ringing 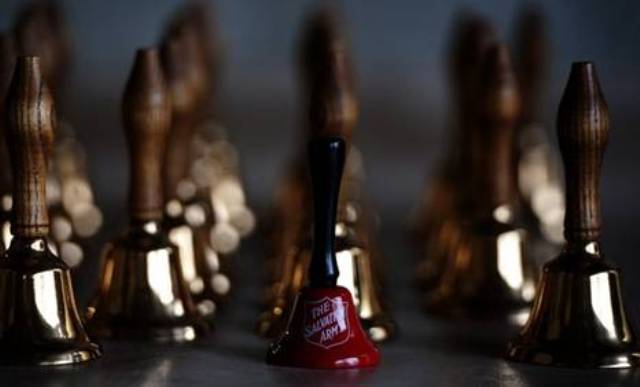 Three volunteer bell ringers have fought through 51 hours of nonstop bell ringing to raise awareness for The Salvation Army’s 123rd Red Kettle Campaign and set a new world record. Their efforts are courageous, and will help The Salvation Army assist millions of people this Christmas.

The competition  kicked off Tuesday at 12:00 p.m. noon with six contestants battling to beat the 80-hour world record, established last year in a three-way tie.

Among the ardent few remaining are:

Captain James Brickson of Albert Lea, MN is still going strong and feeling positive about his chances for the record.

"I am doing this to help the Albert Lea Salvation Army serve those who are in crisis in Freeborn county. We need financial support to make that happen." Brickson says he is grateful for the financial supporters so far and for the wonderful volunteers and staff who have kept him company.

"Community members are doing everything they can to help him win," she said. "A clarinet player came by last night and this morning and played some Christmas tunes. Andre loves music so hearing it live this morning was the perfect way to start the day!"

You can visit Andre at the Walgreen's on Rieck Road and South Broadway in Tyler, TX. 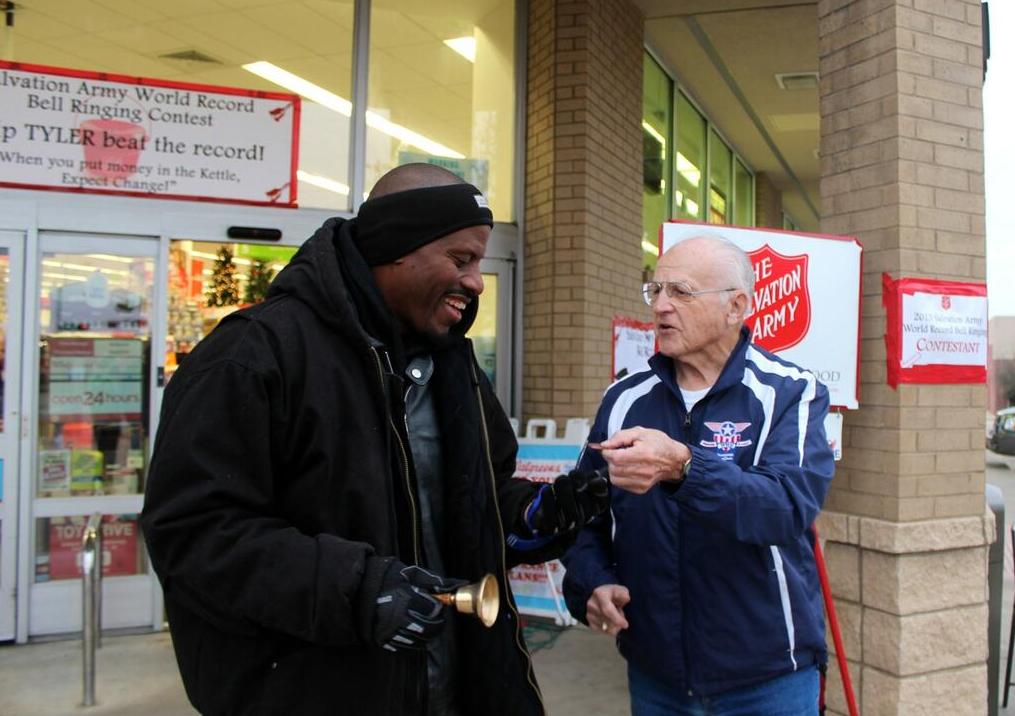 Seasoned competitor, Major Marcelino "Butch" Soriano is in it to win it, having competed in the 2011 contest. As of Thursday, December 5 at 3:00 p.m. EST, he's officially beat his own record of 51 straight hours of nonstop bell ringing!

Last night he posted on Twitter, "Thankful for the continual stream of late night shoppers who put change in the kettle and say "hi". Keeps boredom from happening. #ringiton".

You can relieve his boredom by stopping by Walmart Supercenter at 1120 S Mount Vernon Ave, Colton, CA. 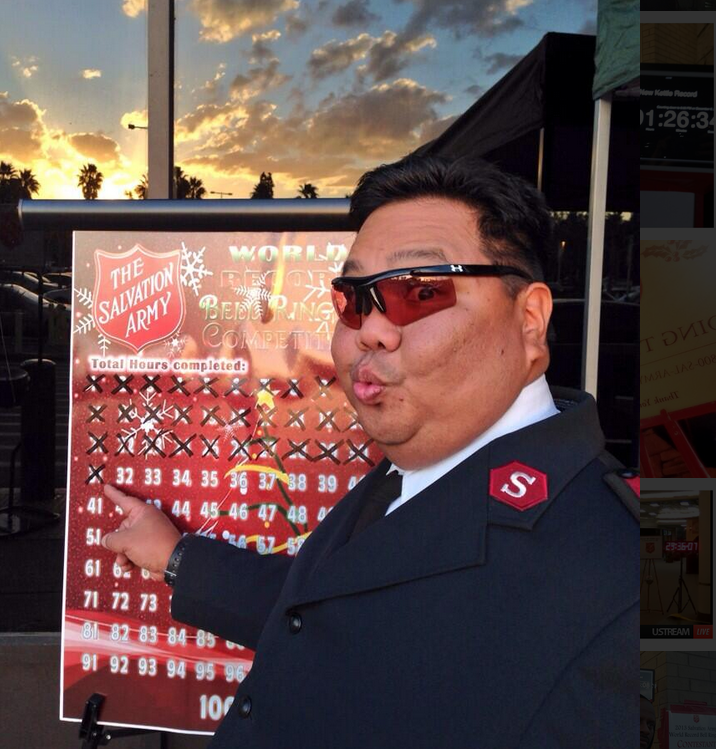 You can support their efforts by donating online to the Red Kettle Campaign at www.donate.salvationarmyusa.org. We continue to wish them the best and warm thoughts as temperatures drop tonight.

Tags: Doing the Most Good, Christmas