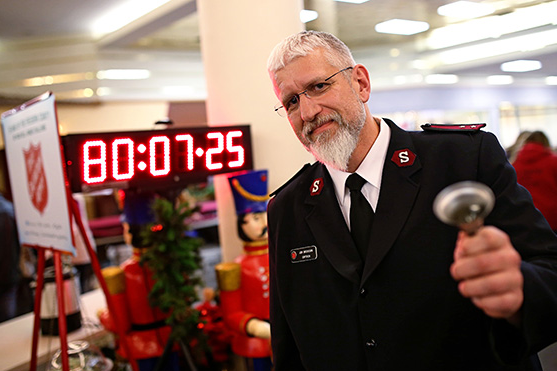 After five grueling days of non-stop bell ringing, the three contenders for the Salvation Army World Bell Ringing record agreed to jointly lay their bells down after 105 hours (9:00 p.m. EST) on Saturday, December 7. 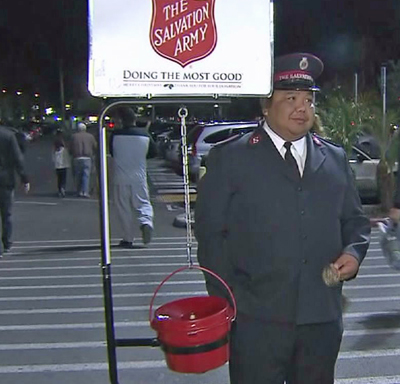 "We've accomplished what we intended - to bring attention to the work of The Salvation Army and to raise money to serve people in crisis. We have agreed to put down our bells in unison so that we can spend Sunday with our families in worship services. All of us are thankful for the amazing community support and we look forward to 2014 and the attempt to break this amazing record of 105 Hours. This wasn't a competition - it was an orchestrated celebration. Hats off to all six of the contestants who gave up their time to spread the word. Merry Christmas!" 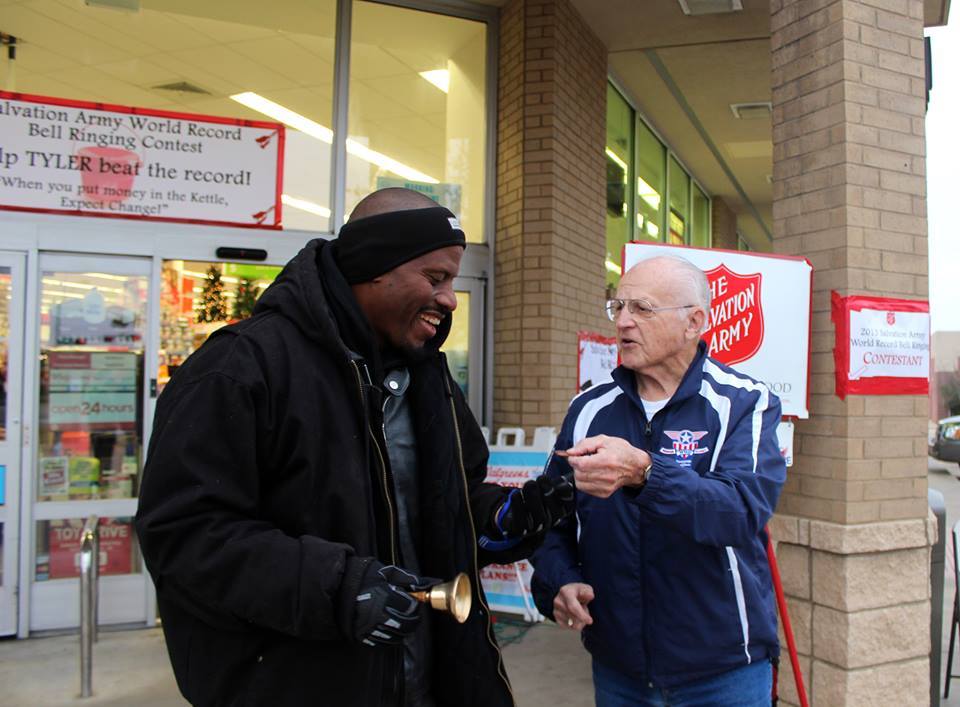 Six contestants started ringing on Giving Tuesday, December 3 and endured weather, hunger and fatigue in an effort to beat the world record of 80 hours and raise awareness and support for The Salvation Army's 123rd Annual Red Kettle Campaign. The events brought in thousands of dollars from supportive community members, as well as carolers and musicians - near and far - who offered encouragement and helped fight boredom.

A huge thanks to each contestant for their incredible effort "Doing the Most Good" for their community members in need. To volunteer as a bell ringer in your area, contact your local Salvation Army at www.SalvationArmyUSA.org.

Tags: Doing the Most Good, Christmas