for World Cup in Brazil 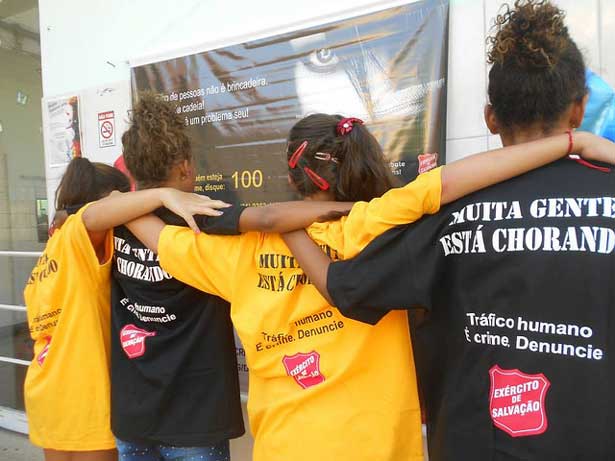 The 2014 World Cup is here. The widely viewed competition features 32 nations that will vie for the world championship starting today, June 12 through July 13. Millions of soccer fans will be cheering on their country or favorite teams in the stands in Brazil.

While teams and fans have been anticipating this global event, so has The Salvation Army.

The Salvation Army views this event as an opportunity to share the gospel message with fans while also providing a presence for supporters who are far from homes. 60 volunteers will be present at eight of the 12 host cities to help local Salvation Army teams communicate effectively with soccer enthusiasts from around the world.

In an effort to highlight the presence of human trafficking, The Salvation Army in Brazil has been holding events and taking to streets with young individuals wearing bar codes and carrying banners asking: 'What is the value of your silence?' in Portuguese. A study by a Brazilian parliamentary commission reveals there has been an increase in child prostitution and sex abuse in the vicinity of the Itaquerao Stadium that will host the World Cup opening ceremony.

The Salvation Army plans to combat this by running an awareness campaign on the trains-the main public transport- that lead to the stadium. The campaign will include posters highlighting the issues of child labor and sexual exploitation, supported by team members wearing specially branded T-shirts.