Formerly homeless youth a ‘Jack’ of all trades 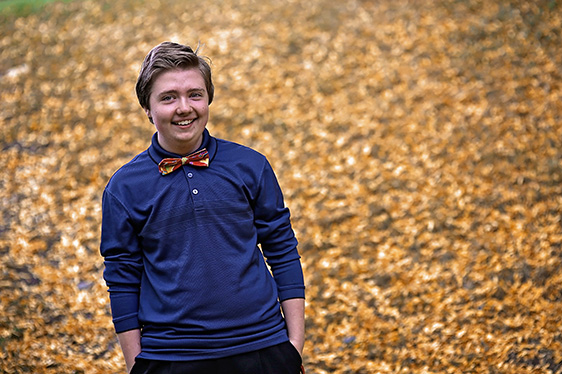 The following was originally posted on The Salvation Army Northern Division’s blog.

Two years ago, Jack Wahlquist was a 17-year-old kid living in a turbulent household in St. Paul. He had no control over what was happening around him. He’d reached his tipping point, and did the only thing he could: get out.

“I was able to move in. Since then, it’s been the best accomplishment I’ve had in my life.” 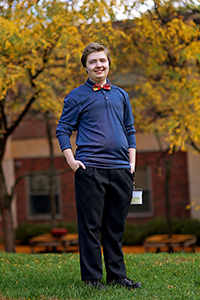 Today, Wahlquist is 19 years old and thriving. He continues to live at Booth Brown House, which includes 35 efficiency apartments for formerly homeless youth ages 16 to 25, plus 12 emergency shelter beds for youth ages 18 to 21.

“I’m amazed that (a place) like this even exists,” Wahlquist added. “Without this place I’d be way worse off. I’d probably be homeless, or maybe I would have gotten out of homelessness but would be working full-time, tired, trying to pay bills.”

Living at Booth Brown House is allowing Wahlquist to follow his dreams. Right now he’s working at Kmart and saving all his money to pursue a career in agriculture. He plans to enroll in a nine-month farming course that begins this January, followed by an internship on an actual farm. If all goes according to plan, he will move out of Booth Brown House when he turns 21.

Wahlquist has other interests, too. He’s a veritable Jack of all trades, with fascinating hobbies galore. He’s a budding public speaker. He likes to write about economics, psychology, philosophy, children’s rights, and other topics, and post the stories online. And he loves music.

“I did street performing around the State Fair this year,” explained Wahlquist, who also enjoys writing classical music. “I play the flute, piano, viola, bassoon, and ukulele. I can improvise with all of them.”

“Jack is truly gifted and it is our job to make sure he has the opportunities he needs to be successful and reach his goals.

Booth Brown House is here to help Jack find who he is and to give him a platform to help explore all of his potential,” said Mills. Booth Brown House is a godsend to Wahlquist and the dozens of other youth who live there. They receive all the love, support, and resources they need to be successful.

Wahlquist is particularly thankful for Booth Brown House because it helped him take control of his life.

“The world used to be my crap shoot, so I had to make it my oyster,” he said.