After Devastating Tsunami, Hope is Being Revived 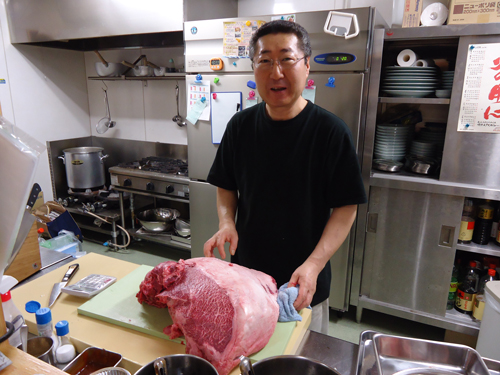 Reflecting back upon his life in the months following 3/11, Mr. Kato, a business owner in the fishing village of Onagawa, Japan, can sum up his situation in one, all-encompassing word: “hopeless”.

3/11 marks the date – March 11, 2011 – that a magnitude 9.0 earthquake and tsunami, the largest recorded disaster in Japan’s history, struck the country’s coastline, wiping out entire towns, destroying livelihoods, and taking nearly 16,000 lives in its path, including those of Mr. Kato’s beloved wife and child.

Kato also lost his livelihood, a thriving Korean barbeque restaurant in the heart of Onagawa’s commercial district, one of thousands of businesses that suffered the economic impact of what is now considered the costliest disaster in the history of the world. Within a few minutes of the tsunami’s impact, nearly 128,000 buildings collapsed and approximately 748,000 buildings were damaged.

Unable to work, for months, Kato wept over his losses in a state of emotional shock. But with the relentless encouragement of a friend and key partner of The Salvation Army, Mr. Aoyama, Kato eventually found the strength and determination to start a new restaurant at the temporary shopping mall constructed by The Salvation Army.

This shopping center, the first to be constructed in the badly damaged town, was funded by caring, generous donors who gave through The Salvation Army World Service Office. In addition to providing shop owners like Mr. Kato with employment and boosting the local economy, the shopping center has also been a source of community, fellowship and comfort for citizens and survivors.

Mr. Kato’s outlook has since changed stating recently, “This project gives me hope”.

Known in Japan as Kyuu-Sei-Gun (Save-World-Army), The Salvation Army’s unique 120-year history in Japan allows local knowledge and insight. In the immediate aftermath of the disaster, the local Salvation Army Corps opened their doors to provide food and shelter to survivors while mobile kitchens traveled from shelter to shelter to share hot meals and words of comfort with those who were suffering. The Salvation Army also provided heaters and other essential items to help elderly citizens and families prepare for a harsh winter in their temporary homes.

In addition to the shopping center, The Salvation Army World Service Office supported Onagawa’s local fisherman’s union – the lifeblood of the community – by providing vehicles, equipment and boats to be prepared for the upcoming fishing season, as well as helping local schools and neighborhoods with equipment and supplies to better prepare for future disasters. Similar efforts were established in other hard-hit coastal towns, such as Ofunato and Mininamisanriku.

Four years later, The Salvation Army World Service Office and The Salvation Army in Japan continue to work hand-in-hand with these communities to ensure that the needs of the most vulnerable, including children and the elderly, are being cared for during the long and difficult transition from relief to rebuilding lives and restoring communities.

All of this work is made possible by donors and supporters, for whom we give thanks, enabling The Salvation Army to be an ever-present flame of hope and relief during times of disaster and beyond.

For more information on our disaster relief services around the world, or to show your support, visit www.SAWSO.org.

This post was contributed by The Salvation Army World Service Office (SAWSO).