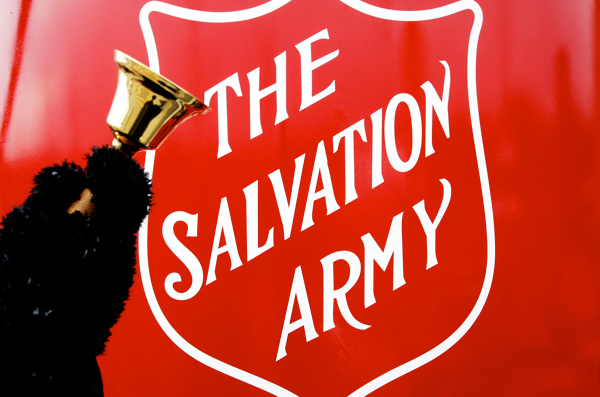 Thanks to the generosity and support of our donors, volunteers, and corporate partners across the country, The Salvation Army raised 149.6 million, setting a new national fundraising record for the campaign through its 125th Red Kettle Campaign!  The money raised throughout the Christmas season will help The Salvation Army provide food, shelter and social services to nearly 30 million Americans in need this year.

“Although the retail landscape continues to shift, we’re encouraged to see that Americans are still willing to give at our 25,000 kettles stationed across the country,” said Lt. Col. Ron Busroe, community relations and development secretary for The Salvation Army’s National Headquarters. “ The 2015 campaign was the largest year we’ve ever had for kettles, helping us lay the groundwork for a strong year of service in 2016.”

We are so grateful for those individuals who helped us raise awareness of the campaign. Jerry Jones, owner and general manager of the Dallas Cowboys, Charlotte Jones Anderson, executive vice president and chief brand officer for the Dallas Cowboys and Red Kettle Kickoff performer Luke Bryan, along with The Salvation Army’s International Commander, General André Cox, and National Commander, Commissioner David Jeffrey, kicked off the 2015 Red Kettle Campaign and #RedKettleReason with a satellite media tour at AT&T Stadium the day before Thanksgiving. The Dallas Cowboys also showcased their #RedKettleReasons along with hundreds of others on national television just before Bryan’s Thanksgiving Day halftime performance. The campaign kickoff marked the 19th year the Cowboys organization has partnered with The Salvation Army. And in early December, for the second year in row, Becky G headlined the sixth annual Rock the Red Kettle Concert, which also featured performances byJacob Whitesides, Jake Miller, Quinn Martin, Tahj Mowry and Alec Bailey

Thank you to the thousands of volunteers who made this campaign possible. Red Kettles outside of Walmart and Sam’s Club locations across the U.S. collected $44.3 millionwhich contributed about 30 percent of the $149.6 million total. More than 2,300 locations of Kroger family stores hosted Red Kettles, raising a total of $16.8 million, or 11 percent of the $149.6 million total. Red Kettles at roughly 700 JCPenney stores collected a total of $3 million for the campaign, and 700 Big Lots locations raised $1.2 million.

Donations help provide more than 10 million nights of shelter, roughly 57 million meals, and after-school and substance abuse programs. During the holiday season, nearly 3.4 million people rely on The Salvation Army to provide their families with warm meals on Christmas Day or toys for their children. Through The Salvation Army’s Angel Tree program, more than 1 million children receive necessities and toys.