Substance Abuse Rehabilitation: Walk in One Man, Walk Out Another 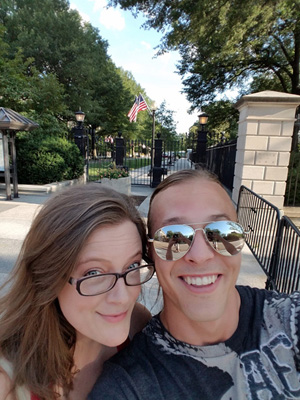 The first time David Wanzie overdosed, his mother had just dropped him off after buying him some groceries. She started driving home, and he went upstairs to shoot heroin.

A spiritual prompting caused her to turn around and race back, finding David sprawled out, lifeless, on the bathroom floor. Paramedics revived him, only for it to happen two more times, one of those times in his mother’s basement.

David grew up with his mother bringing him to church every week. But with the stresses and hardships that can be a part of a life trying to make ends meet, David turned to marijuana to numb the tension. That quickly turned to a dependence on pain pills, following a back injury at work when he was 18. This left him downing a month’s-worth of Vicodin in a week’s time. Soon thereafter he turned to heroin.

“I’m grateful for heroin,” he said, with some hesitation. “Heroin brought me to my knees very, very quickly.”

But just finding himself on his knees wasn’t enough. He was arrested for drug possession, placed on bail and entered a rehab facility. Within three days of leaving that facility, he used again.

To cut a long story short, David owed some money to a drug dealer. In an effort to either get the money to pay him back or to get thrown in prison (he was fine with either option), David robbed a gas station across the street from his house. To his dismay, he wasn’t caught. So he did it again. He got luckier the second time, and was thrown in jail.

After drying out in jail, which David calls the absolute worst experience of his life, an inmate told him about The Salvation Army Adult Rehabilitation Center, the ARC. He begged his lawyer and the judge to let him out to attend the program. Thankfully, his furlough request was granted, and he checked into The Salvation Army ARC program in Binghamton, New York, the next day.

“If I had gotten out of jail and went home, I wouldn’t have made it,” he said.

That was more than three years ago, now. David has since moved out of the ARC, but still works there as a paid employee. He’s an assistant supervisor in the sorting facility, and he works with other men coming through the program, which is by far his favorite part.

“I can’t count how many times guys have come through this place and said, ‘I heard you went through the program. Is that true?’ I love that!” he said. “It gives them hope!”

He attributes those first few months of his own rehabilitation to James Thorne, head counselor at the ARC, who had the courage to ask David the tough questions at the right times.

He said Thorne being so bold helped teach him to have courage and confidence in who he was, and that for the first time in his life, after coming to the ARC, he felt worthy of God’s grace exactly as he was. 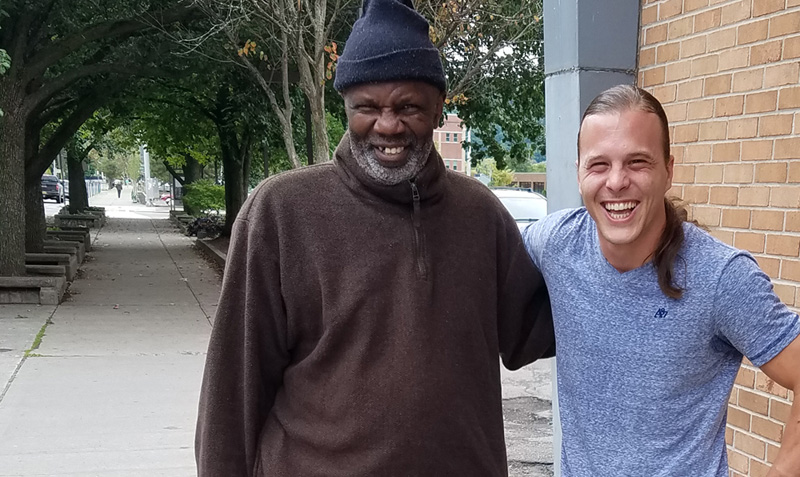 David is now engaged to a woman he met playing music with, and he’s reconnecting with his family. His soft-spoken demeanor could fool almost anyone into believing he had remained the quiet church boy he began his life as.

Instead, he’s a shining example of the change that can occur with the love of God.

“Every Sunday I meet God in a tiny chapel the size of a closet with a bunch of men who are all being given a second chance,” he said. “I do it for these men, for the glory of God, to maybe spread some light in a very dark place. If I can even lead one person to the presence of God, it will have all been worth it. Being there every day, at The Salvation Army, with these men, is what helps keep me clean and sober. I am forever grateful to God and The Salvation Army for saving my life. I am supposed to be dead, but instead I have a new life in Christ Jesus.”

To learn more about The Salvation Army’s Adult Rehabilitation Centers, and to read or watch more stories like David’s, go to www.SalvationArmyUSA.org/USN/Adult-Rehabilitation or www.SATruck.org.