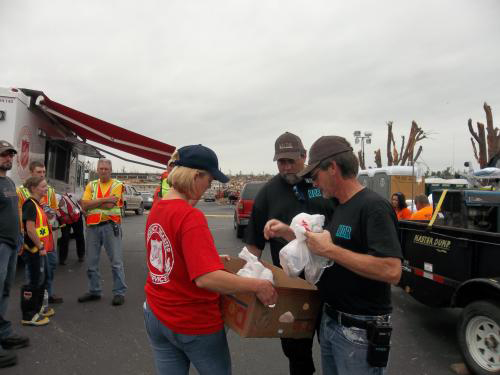 May 22 will be a hard day for the residents of Joplin, Missouri to forget. Five years ago, a catastrophic EF5 tornado ripped through the town killing 158 people. The 2011 disaster also destroyed more than 7,500 homes and 500 businesses and caused more than $2.8 billion in damage making this the costliest tornado in U.S history.

The Salvation Army continues to be a source of hope, stability and service to the residents of southwestern Missouri in the years since the devastating event. With a presence in every zip code in America, The Salvation Army was uniquely positioned to support survivors and first responders immediately after the tornado, and have continued service in the years following.

“The Salvation Army has been an active part of the Joplin community for over 125 years,” said Lt. Colonel Lonneal Richardson, The Salvation Army Midland Divisional Commander. “The Salvation Army provided immediate emergency relief after the devastating tornado, and since then has focused on long-term recovery efforts. Even today, the region remains in a rebuilding mode.” 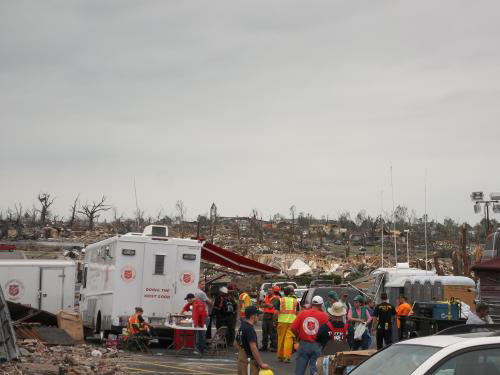 The Salvation Army raised $6.8 million in donations on behalf of survivors of the deadly storm. In the immediate aftermath of the destruction, The Salvation Army spent $2.5 million on emergency disaster relief, including food, hydration, and basic necessities like clothing and diapers. The initial response included:

Ultimately, The Salvation Army will spend more money than was raised through donations, thanks to an additional grant from The Salvation Army’s Central Territorial Headquarters, located in Hoffman Estates, Illinois.

For more details about the additional funds and planned projects for the city of Joplin, click here (link to press release).

“Working with the city of Joplin and community partnerships in the Ozarks, progress has been made over the past five years. While the city of Joplin will never look the same, The Salvation Army will continue to help survivors heal and flourish,” said Lt. Colonel Richardson.

To learn more about The Salvation Army, visit www.salvationarmyusa.org