Veterans Day and The Salvation Army

It’s about “Others,” and no one gets that better than veterans

Many years ago, when William Booth wanted to remind Salvation Army officers around the world of the main focus of their work, to provide them with inspiration and purpose, he sent a short telegram containing only one word: “Others.”

That word, “Others,” became a sort of battle cry for The Salvation Army. It reminded those who had committed their lives to alleviate human suffering in Jesus’ name without discrimination that the real purpose, the real reason they do what they do, is for “Others.”

This day, November 11, 2016, Veterans Day, we raise attention to the fact that though it may not be a sentiment spoken by the armed forces of the United States, it is lived perfectly in their lives and commitments. Those who served, and are serving, in the Unites States military committed years and elements of their lives so that “Others” might have freedom, security, confidence, peace and hope.

No one better demonstrates William Booth’s commission to serve for the sake of “Others” than our military veterans.

For that, members of the armed forces, past and present, have our support. 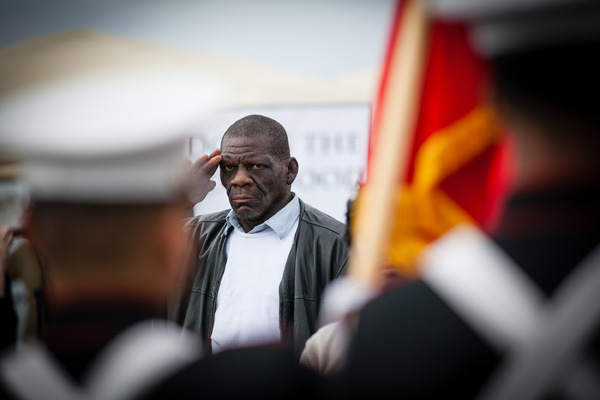 In return for their commitment to “Others,” The Salvation Army has a long history of serving those who serve. As far back as the late 1800s, William Booth sent Staff-Captain Mary Murray to support British troops in South Africa. The Salvation Army “Doughnut Lassies” lifted the spirits of American soldiers in World War I with doughnuts and coffee, which is now commemorated every year by National Doughnut Day. Less well known is that The Salvation Army also provided first aid stations, chaplain services, ambulances, social clubs and more.

As the United States stood perched to enter World War II, with the attack on Pearl Harbor still heavy on the public’s mind, President Franklin D. Roosevelt sought to unite several service organizations in a combined effort to lift the morale of the troops and bring much needed support to the war front. It was 1941, and The Salvation Army was one of those organizations. For 75 years the USO has supported United States servicemen and women, providing services to those in the military that link them with home and their loved ones. The Salvation Army is proud to be a part of that history.

Additionally, The Salvation Army USA operates 9 permanent housing facilities for veterans, 29 emergency housing programs that reserve at least 25 percent of their beds for veterans, and 93 other programs and facilities that provide various food, housing and social services to hundreds of thousands of veterans every year.

Tags: Doing the Most Good