Sign Up to Be a Salvation Army Bell Ringer

Help us do the most good this holiday season

With the holiday season approaching, there's a fight to be won. The Salvation Army is marching into battle against all types of need this year, so we're recruiting bell ringers—like you—to join the fight for good.

In 2016, The Salvation Army served more than 24 million people. That meant 55 million meals for the hungry, 10 million nights of shelter for the homeless, and countless Christmas gifts for children who would have gone without.

Jesus said that we would always have the poor with us, and that may seem daunting, but the impact of even one person doing good cannot be overestimated. Just one hour of bell ringing will feed 13 hungry people. That's one person every five minutes. So truly, you will make a difference with every ring.

Join the fight for good!

While our locations throughout the United States begin recruiting bell ringers at varying times, many have already begun. Find your local Salvation Army in the search below and call about being a bell ringer today. 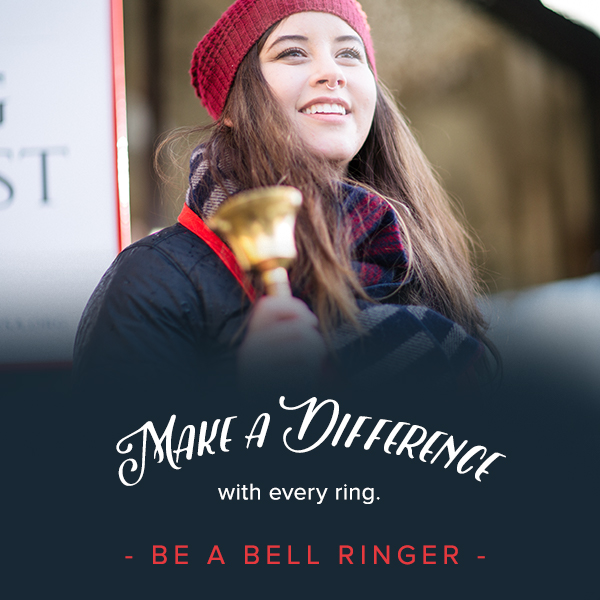