Recalls ‘Key’ to His Comeback 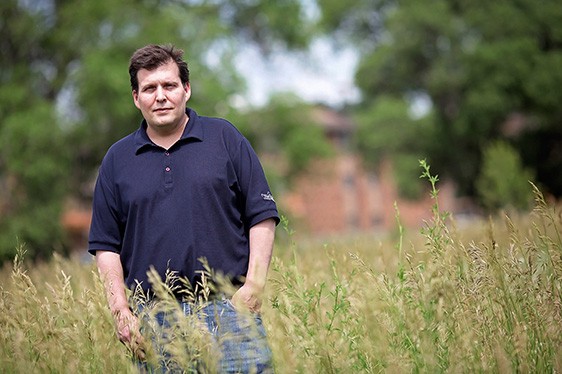 The following was originally posted on The Salvation Army Northern Division’s blog.

For Brett Bruvold, the most demoralizing aspect of being homeless wasn’t his lack of food or housing. It was his lack of keys.

By 2007, all his keys were gone. He’d lost everything to seven years of drug addiction.

That winter, when he walked inside the St. Cloud Salvation Army for help, a painful reality struck him: While reaching into his empty pockets, he told himself, “You don’t have any keys because you don’t own anything that takes a key.”

Minutes later, Bruvold met with a social worker who gave him a key to a bedroom inside the St. Cloud Salvation Army’s 69-bed shelter.

When he received the key, he also received hope. 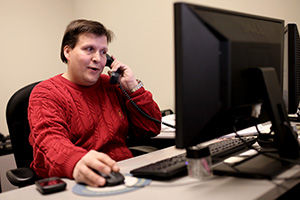 That first step led to another, then another. Today, Bruvold has been sober for eight years and has resumed his career as a software executive.

Bruvold’s success started at The Salvation Army, where he received food, shelter and other critical resources. The experience opened his eyes to what other struggling individuals and families go through.

“After you get to rock bottom and start building yourself back up, you need a place to live,” Bruvold said. “If you don’t have a friend or relative to stay with – most people don’t because they’ve burned all their bridges – you have nowhere to go. I don’t know how anybody could do it without The Salvation Army or a place like it.”

Bruvold had other interesting things to say about homelessness in another story we wrote about him several years ago. He isn’t shy about his past, and regularly speaks at Salvation Army fundraising events to help save others from the same trials he endured.

“I’ve known a lot of people who didn’t take advantage of what The Salvation Army offers, and many of them ended up dead,” he said.

Bruvold is one of thousands who’ve taken advantage of The Salvation Army Northern Division’s 50 housing facilities in Minnesota and North Dakota.

Each of these facilities falls into one of three categories: 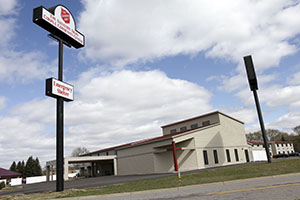 The St. Cloud Salvation Army (pictured), for example, is mainly a transitional housing facility. Seven of its 69 beds are reserved for veterans, who can stay up to two years (read veteran success story). The rest of the facility is a mix of bedrooms for families, single men and single women, all of whom can stay up to 90 days.

“Our policy is that if people are working on achieving a goal but have not reached it in 90 days, they can stay longer,” said Major Lee Morrison, St. Cloud Salvation Army administrator.

Please join The Salvation Army by volunteering or making a donation to support your local community.