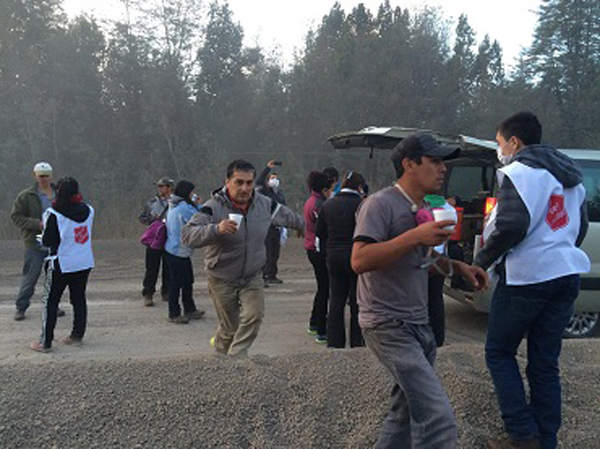 The Salvation Army in Southern Chile is serving communities suffering in the wake of two unexpected and massive eruptions from the Calbuco volcano, which sent a nine mile column of ash into the air and forced the evacuation of more than five thousand people.

The Salvation Army has been serving food and beverages to evacuees and emergency response personnel since Thursday. Mobile feeding operations began Friday to serve displaced residents. Masks are also being provided to evacuees as respiratory illnesses remain a concern.