Hurricane season is not over just yet, so Hurricane Joaquin has shown us. Although the hurricane has stayed East of the Atlantic coast, historic flooding has hit many areas, especially in North and South Carolina. As always, The Salvation Army is currently on the ground providing food and water to those affected by these floods.

Salvation Army Corps have been put on stand-by and many local units are already coordinating with local emergency management personnel. Emergency Disaster Services staff and local personnel are closely monitoring weather conditions as a complex system of storms, in addition to potential impact of Hurricane Joaquin, threaten many areas.

“With continued heavy rain forecast for the Carolinas, The Salvation Army is ready to support the needs of those impacted by the storms,” said Major Tom Louden, General Secretary of The Salvation Army of North and South Carolina. “It is a privilege to show the love of Christ by serving those who need us most.” 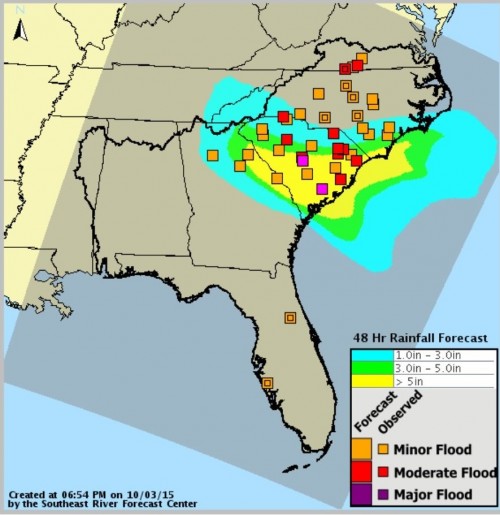 To help us support those affected by the flooding, donate here salar.my/EastCoastFloods.