What You May Not Know About Poverty in America

When the U.S. Census bureau released it’s statistics on poverty in 2014, we learned that almost 47 million people in the U.S. live in poverty. Here are several things you may not know about how poverty affects certain populations in the U.S.:

1. More than 20 percent of children in the U.S. are poor. That’s about 1 in 5 kids. Poverty is possibly the single greatest threat to a child’s well being. According to the Urban Institute, children who are poor for half of their childhood are 32 times more likely to remain poor. Instability at home, a common side effect of poverty, can cause kids to have a hard time in different surroundings, especially at school. Their attention and concentration is disrupted, absences are frequent, overall behavior and performance deteriorates, among other things. Overall, the U.S. has one of the world’s highest childhood poverty rates. 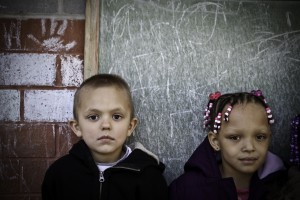 2. African-Americans have the highest poverty rate. 26.2 percent of African Americans in the U.S. live in poverty, according to the Census Bureau. African Americans are disproportionately affected by poverty, food insecurity, and unemployment and are also more likely to receive charitable food assistance than other ethnic groups. 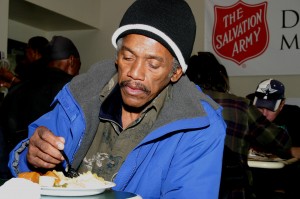 3. Populations experiencing extreme poverty are especially vulnerable to human trafficking. An estimated 60K people in the U.S. are trapped in this modern-day form of slavery, and North America is one of the most common countries to which victims are exported. There are currently 27 million men, women and children enslaved worldwide.

The Salvation Army has 117 rescue homes for women and girls, and our Area Command in Raleigh, NC has a program called Project FIGHT (Freeing Individuals Gripped by Human Trafficking), which has helped more than 140 survivors. Learn more about it here. 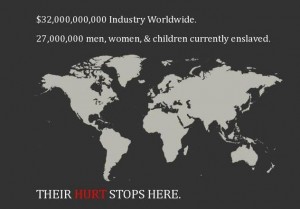 Our Work to Fight Poverty

The Salvation Army provides housing, food, financial and other assistance to those who are homeless or living in poverty. Last year, we provided more than 30 million people in the U.S. with a variety of services, including more than 10 million nights of lodging and nearly 60 million meals.

Our Pathway of Hope program provides enhanced services to families with children who want to break the cycle of crisis and intergenerational poverty. Pathway of Hope is a collaborative approach utilizing existing Salvation Army and community resources to provide strengths-based case management services.

In 2015, we launched the Human Needs Index in partnership with Indiana University’s Lily School of Philanthropy. This is a valuable tool that measures poverty while informing leaders and policymakers about the degree of poverty-related need. This tool complements existing methods of measurement because it draws on private, nonprofit data and focuses on the self-identified need for basic human services. It provides timely information such as monthly changes in those needs and reports on them quarterly, delivering immediacy and accessibility that other measurements lack. 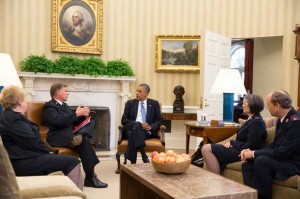 The Salvation Army serves millions of people each year by providing relief from hunger, homelessness, addiction, violence and hopelessness. If you’d like to join us in our fight to help end poverty,  please visit our website at www.salvationarmyusa.org, or call us at1-800-SAL-ARMY to learn how you can get involved.